Not on My Watch (NOMW) was started in the fall of 2009 by Herbert Burnett shortly after the death of 15 year old Kiwane Carrington by the hands of a Champaign police officer. The fact that some of the city officials tried to shift the blame of who was held accountable for this terrible tragedy triggered the desire to create an organization that would generate a spirit of accountability and genuine concern for each other. 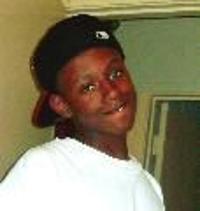 In Loving Memory of Kiwane Carrington

After serving 20 years in the military, the motto “I am responsible for everything that happens or fails to happen on my watch” was heard by Mr. Burnett a million times. After his retirement from the Army in 2006, he felt it was time to put this attitude to work in the community. As a result, Not on My Watch came into existence.

The first project that NOMW produced was Brothers Let’s Talk, better known as B.L.T. B.L.T. formed in the spring of 2009 and gave the brothers in our community an outlet to share life challenges and obstacles while also giving each other inspiration, hope and accountability. The group met on Sunday evenings at the Whip Barber Shop and grew from 9 men to over a 100 men in less than a month.

Soon after in June of 2010, NOMW began “1000 Men Praying” which later turned into “1000 Families Praying.” This event brought families together in prayer and unity for the sake of the community. Additionally, “Father of the Year” awards were distributed to encourage and celebrate father involvement in the homes. Years later, in the spring of 2016, NOMW held its first “Backbone of the Black Home” awards which honored and recognized women who were active in their homes, communities and churches.

Additionally, in June of 2014, NOMW hosted a seminar entitled “Coaching Your Kids into Destiny.” Guest speakers shared their stories about the student-athlete process and what it takes to succeed academically and athletically at the college level.

NOMW has been mentoring young people for the past ten years. However, its current focus is the mentoring program called Leadership Development Academy. LDA began in the spring of 2016 at Rantoul’s J.W. Eater Middle School after Mr. Burnett realized that the majority of discipline issues that occurred at the school were a direct result of lack of relationships and team building. Although the majority of students with discipline issues were young black males, LDA was available to all male students. In the short time since its inception, LDA has grown from 15 males to over 70 males and females participating from diverse backgrounds. More importantly, discipline problems have drastically decreased while academic success has increased.

In 2018, NOMW began the annual LDA summer program which is free of charge to middle and high school students. The program focuses on academics in the area of math, reading and English, leadership development, Spanish, computer coding and business/entrepreneurship. Students also participate in enrichment activities and fieldtrips.

Additionally, NOMW sponsors a yearly Referee’s Clinic which teaches the skills and provides the necessary knowledge on how to become a licensed official.

NOMW received 501c3 status in 2016 and has plans in the works to further expand its outreach efforts and programs available to the youth and the community. Ultimately, the goal of NOMW is to create a charter school that targets children whose test scores say they are headed to prison but instead put them on the path to success

Don’t wait for change. Be the change. Contact us today to learn how you can get involved and support our community.